Trusted Advice for a Healthier Life 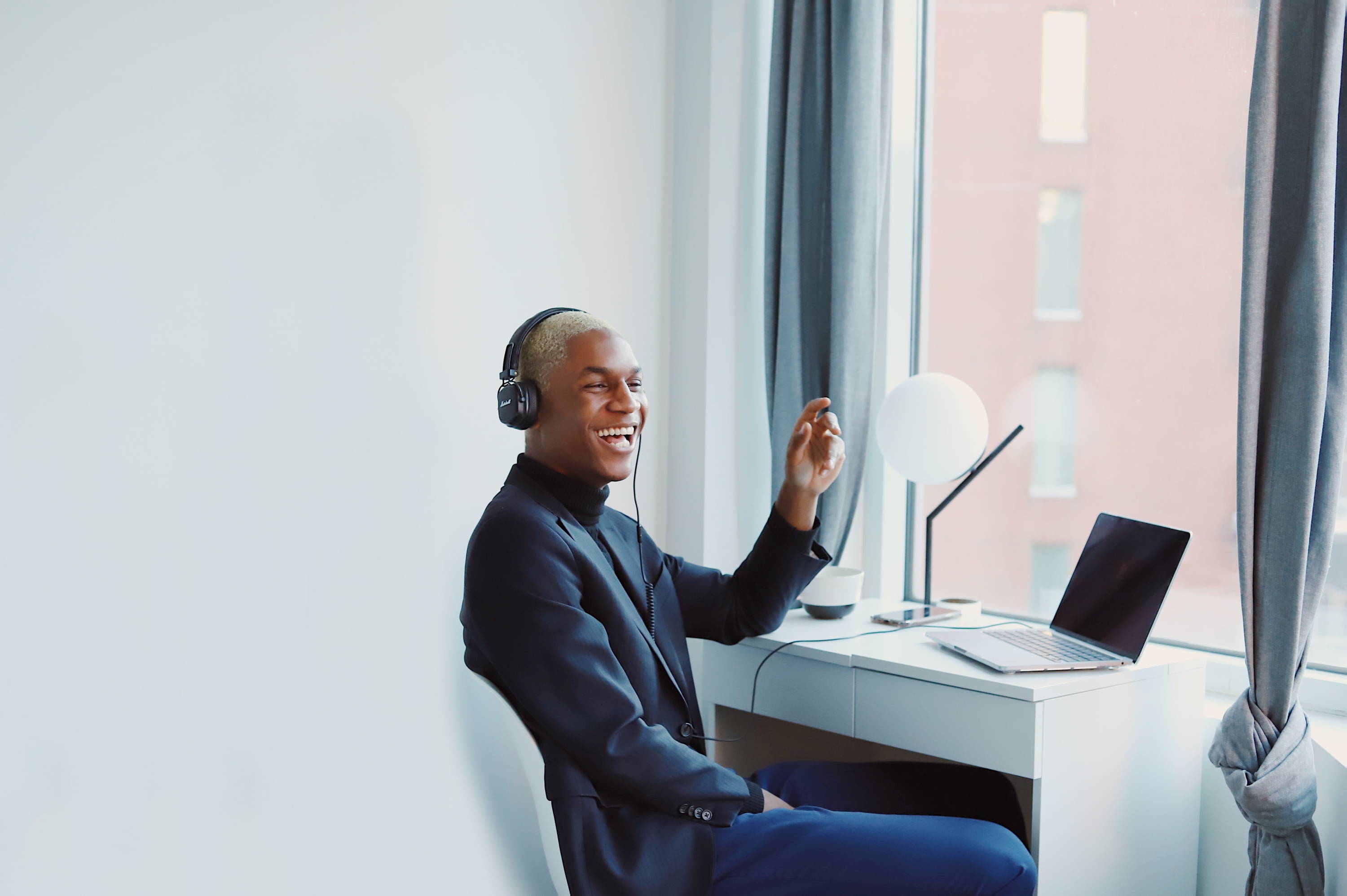 We grow up with the mantra, “you can be whatever you want to be.”

To a large extent, that’s true — if we have the drive, determination, and the energy to achieve our dreams.

But then life gets in the way. It’s an overstimulating world. We’re bombarded with billboards, emails, conversations, and distractions on our daily commutes. At work, we juggle demanding clients, boardmeetings, budgets, and bored coworkers.

Motivational speaker Tony Robbins once said, “energy flows where attention goes.” Heck, we’re zapped before lunch but we don’t have the juice to go for that promotion; we feel too languid to find a better job, start a business, or go back to school. The goals we made when we were kids seem too far out of reach.

Procrastination is one of the most common reactions to low-energy levels and burnout. Instead of tackling them, we put off less-than-inspiring or difficult tasks.

When we’re overwhelmed, our ability to power thru disappears, too. According to research by tech giant Microsoft, the average human attention span diminished 25% between the millennium and 2015. Nowadays, most of us can only focus for about eight seconds at a time. That’s less than the attention span of a goldfish.

So, do we have to succumb to procrastination and a lack of energy? Definitely not. Here are three ways to get down to business in a hurry:

1. Use the Pomodoro Technique. Bust through burnout and get tasks done in half-hour bursts. Invented in the 1980s by Francesco Cirillo, Pomodoro works on a principle of reward and refreshment. After 25 minutes — aka one “Pomodoro” — you take a short break before resuming work.

2. Make motivating sounds your mantra. White or brown noise or specific tonal frequencies embedded in music can boost productivity. White noise apps, such as White Noise, might help you focus. If you enjoy a little ambiance, lookup binaural beats on YouTube. 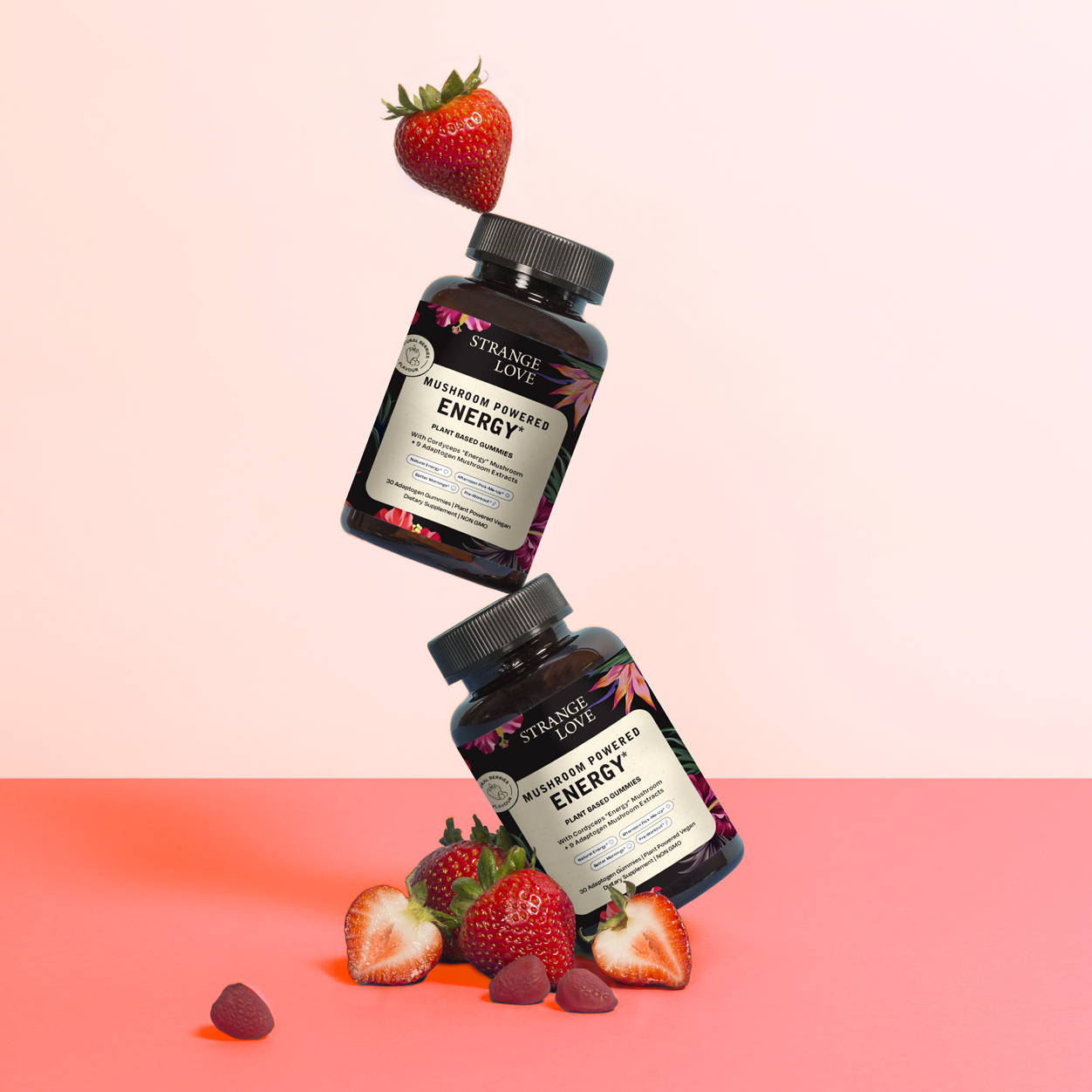 Cordyceps and Adaptogenic Mushrooms aren’t as new as the name suggests. In a nutshell, Mushroom Adaptogens enhance cognitive abilities — in other words, they help you think more quickly and tackle tasks more efficiently.

Portable and conveniently packaged, Strange Love's products can help you push through mid-afternoon tiredness. Each piece of gummy will give you boundless energy, shocking endurance, and protect your immune system.

Available in delicious Berry Flavor, this gummy tastes great, too. In a nutshell, they’re the easiest productivity hack on the market. 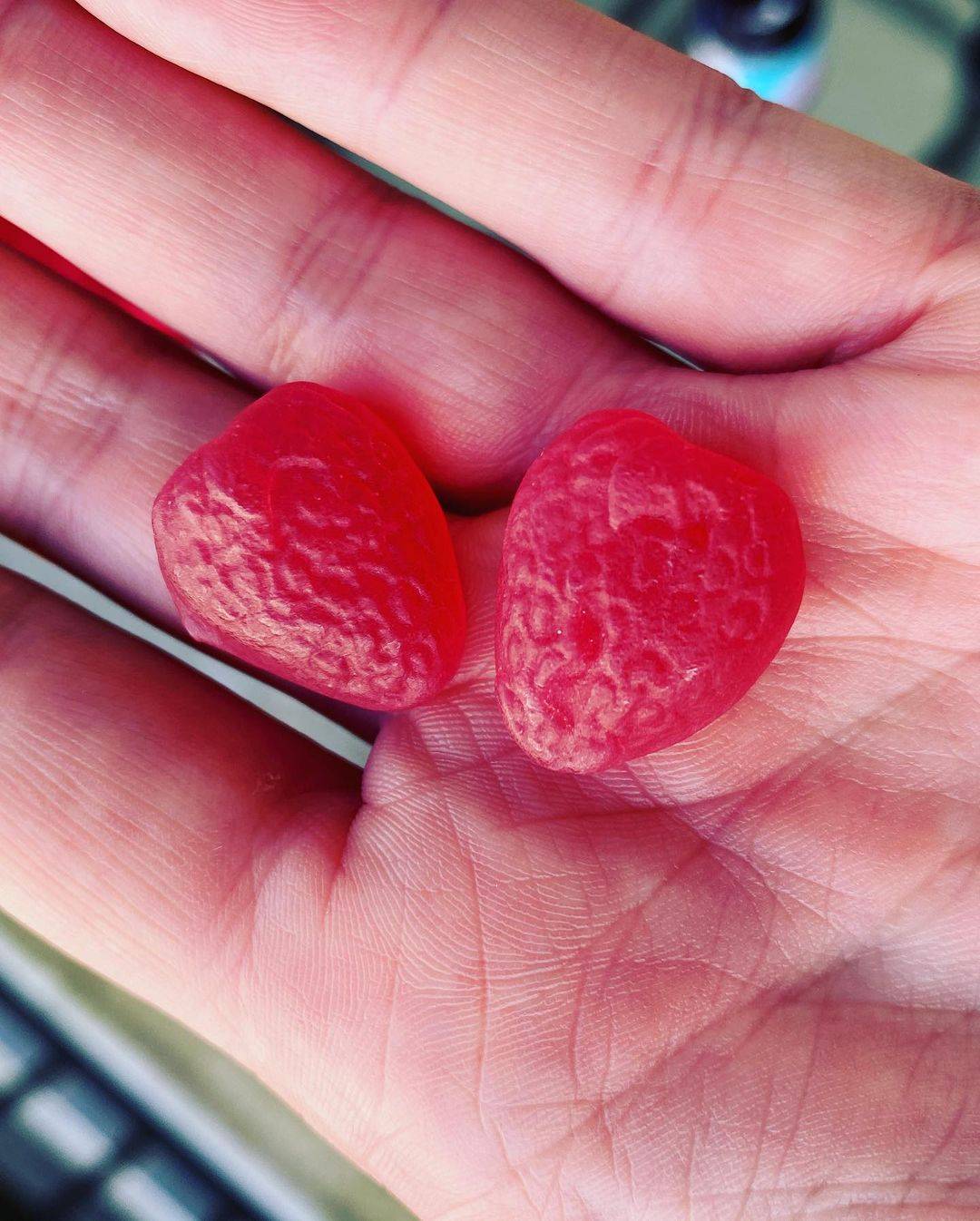 What Will Strange Love Energy Do To You?

These Mushroom Powered Energy Gummies is a functional product. In other words, the gummy will enhance the way your brain works. When taken as advised, they will help: 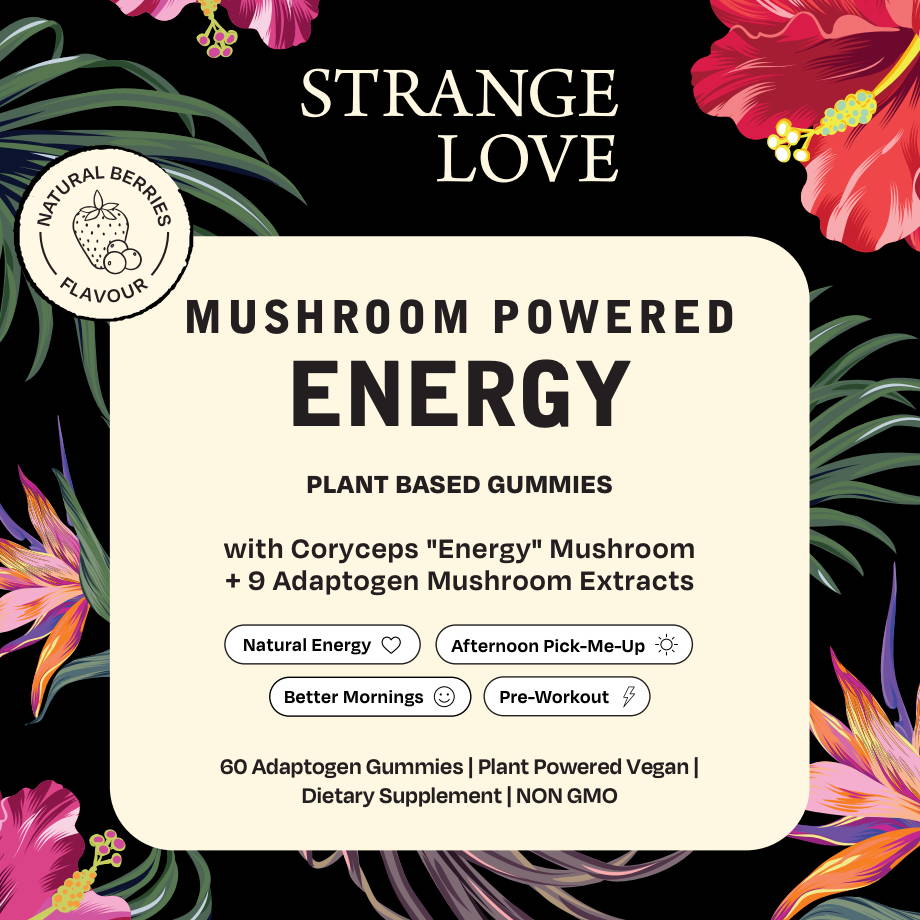 Mushroom Powered Energy Gummies beat coffee and other traditional pick-me-ups, hands down. Why? Because they’re precisely formulated to deliver results — and the compounds in Strange Love's Gummies are absorbed up to five times more quickly. You will feel clearer, sharper, and more energized in minutes — and the effects last for hours.

Adaptogenic Mushrooms improve your natural energy — they enhance endurance, motivation, creativity and other neurological processes. In real terms, that translates to reduced chronic fatigue, better endurance in your workout, increased focus in study sessions, and a break from Caffeine.

In line with natural biohacking tradition, the Mushroom Powered Gummy formula is greater than the sum of its parts. They a precise blend of Cordycell (potent Cordycell Extract), Chaga, and Reishi. Together, these elements promote clean, balanced energy. 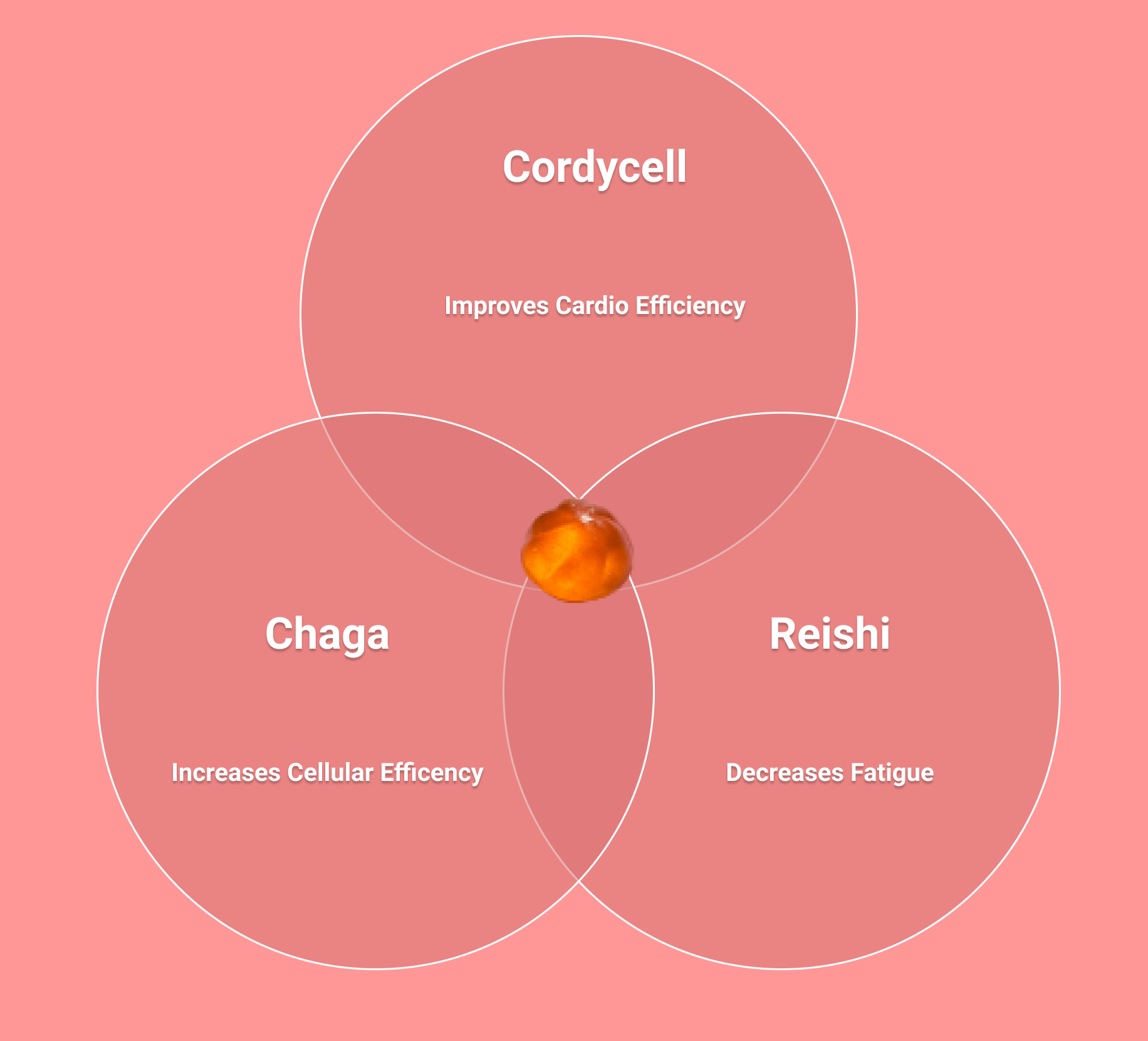 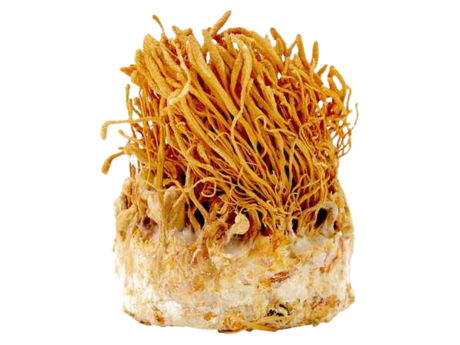 Cordycell
Find out why Cordyceps were at one point considered the magical ingredient to Olympic track records. Our labs produce Cordycell a proprietary and more concentrated product. 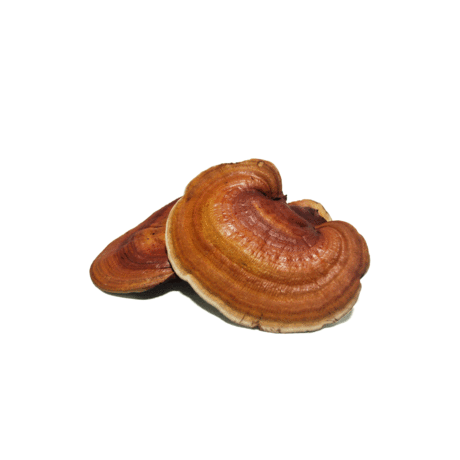 Chaga
Discover how Chaga allows your cells to function more efficiently by getting oxygen and other nutrients to them faster to increase energy for the whole day. 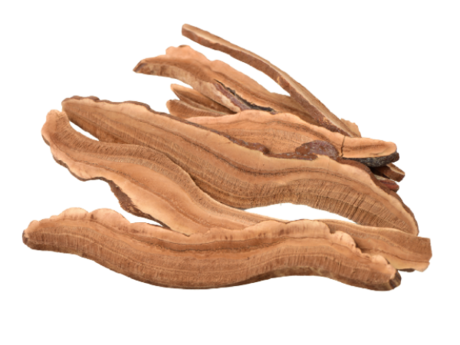 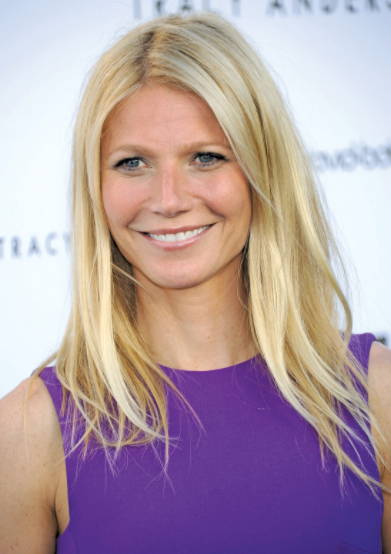 Gwyneth Paltrow
Gwyneth is a big fan of mushrooms and talks about the benefits of medicinal mushrooms on Netflix's The Goop Lab. 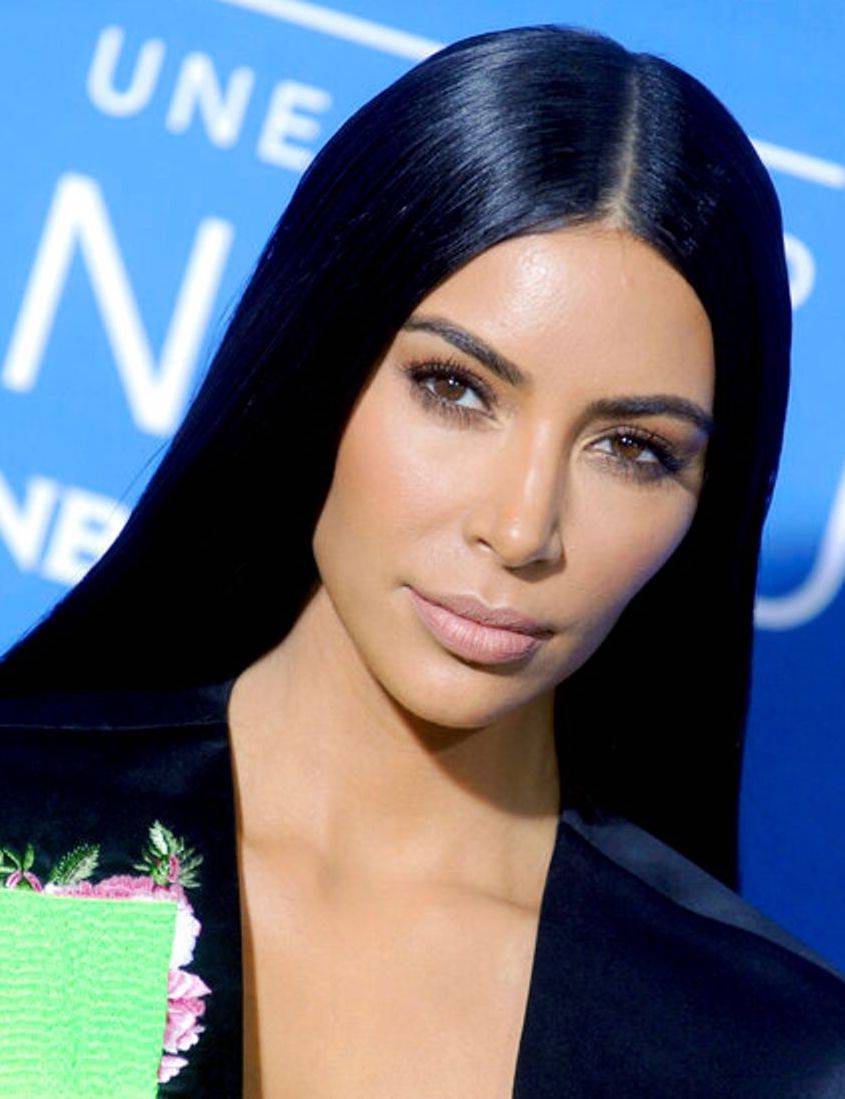 Kim Kardashian
Kim Swears by the power of Reishi and believes it helps keep her skin look youthful.

How To Use Mushroom Powered - Energy Gummies

If you’re looking for an easy productivity hack, look no further than these Mushroom Powered Energy Gummies. They’re easy to incorporate into existing daily routines, and they work well by themselves, too. In short, you don’t need to be a hardcore biohacker to appreciate these convenient energy-boosting supplements.

StrangeLove's Mushroom Powered Energy Gummies come in delicious berry flavors. For a clean burst of energy, simply chew a piece of gummy. It’s that simple. You’ll feel the effects in about five minutes. 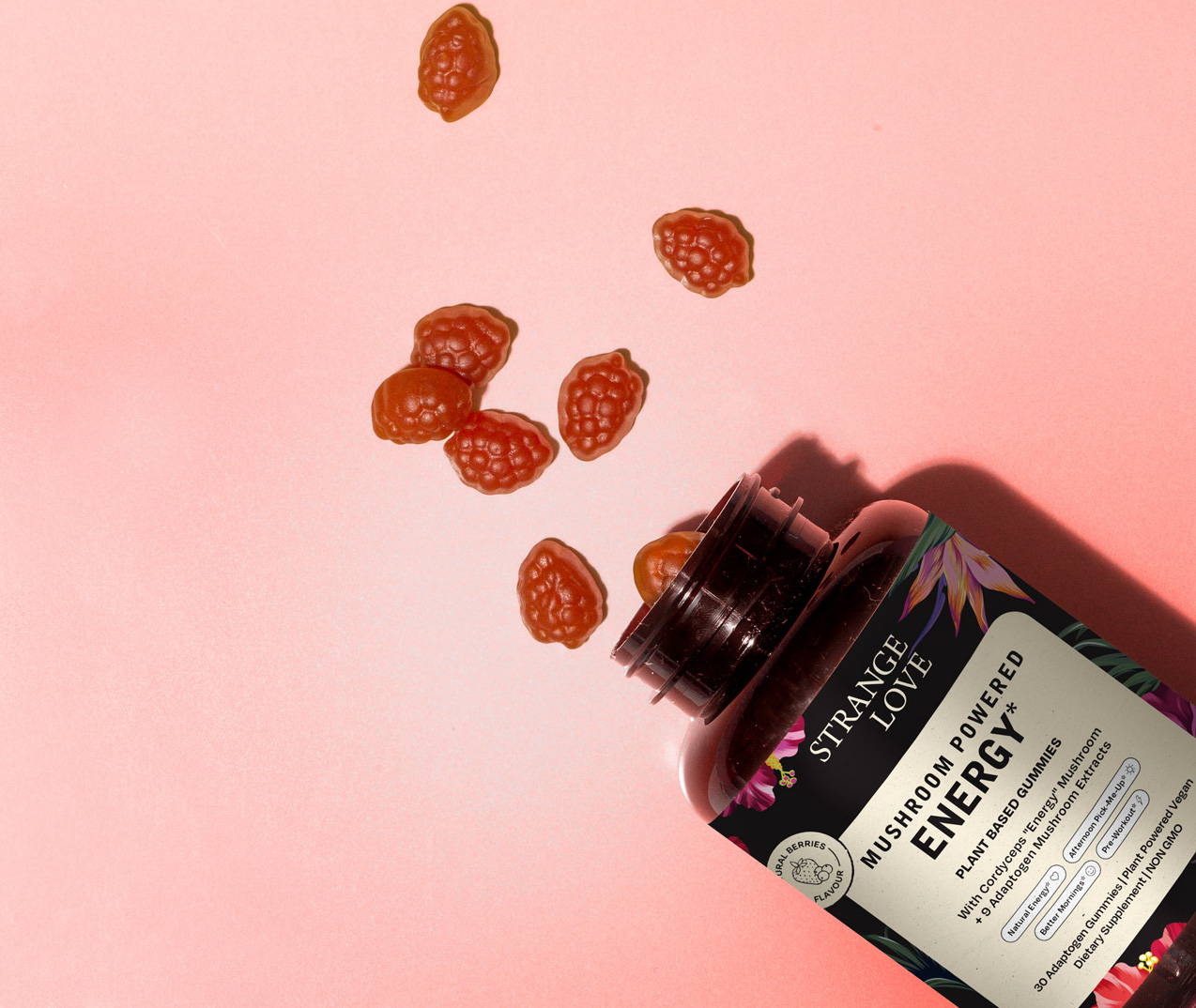 Mushroom Powered Energy Gummies are cold compressed. This process helps to maintain each ingredient’s bioavailability, so you benefit from a more potent product.

Strange Love's Mushroom Powered Gummies come in convenient, portable packaging and has a shelf life of two years — slip it into your gym bag, purse or briefcase for an on-the-go boost, any time.